Do You Have A Sugar Addiction?

Will there ever be any consensus on food addiction? Some people believe that overeating is just a lack of personal strength and others think there is a biological source.

New evidence coming from a study in the EU is trying to pull together the research. There seems to be proof that the neurotransmitter called dopamine is increased in the brain when eating which is similar to what happens when taking other drugs. It lends credence to the theory.  To test it, just think about how you feel when you have a headache. It goes away while you are eating, just for those few moments, the pain is soothed enough to give you a break.

Dr. Lustig from University of California was speaking in Toronto at the orthomolecular health conference and his work shows that there is a leptin resistance in the brain similar to an insulin resistance in the body. Leptin is the chemical that signals fullness in the brain but sugar seems to interfere with that signal to an acclimatizing degree. Get more sugar of any kind and you want even more because the brain can no longer sense it and wants more.  Sounds like a drug to me…

Here are some ways to reduce your sugar intake and a few recipes to help you do it.

Some would like to point the finger at High Fructose Corn Syrup alone as the source of all our obesity troubles.  As you can see, it is the overabundance of sugar in total. That said, bees are giving us our first clue as to how useless HFCS really is.

Bee colony collapse is a serious topic in the agrifood world.  There have been many theories about why bees are dying before they can perform the important task of pollinating our plants.  Now there is news about High Fructose Corn syrup being a problem.

The pesticide which is used in conventionally grown corn is suspected to be toxic to bees. Now, scientists at the U of Illinois say they have found a possible link to the practice of feeding honey bees HFCS instead of honey. It is speculated that the HFCS is lacking in something that honey naturally has which makes the bees themselves undernourished. Which, of course, makes perfect sense since we know that honey has anti-fungal and anti-bacterial properties in its raw form.  That wouldn’t be true of HFCS, a highly processed product derived from a genetically modified plant.

So, while you are reducing all sugar, go ahead and add “avoid all corn derived sweeteners” to your list of things to check for on labels. 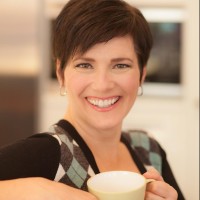 Theresa is a Communications Expert, Author, Speaker, Toronto Nutritionist, and sought after multi-media presenter. She is a regular guest on the international daily lifestyle show CBC’ Steven and Chris and covering news on CTV Newschannel making sense of health news as well as CBC The National.

You will find her tweeting at www.twitter.com/@theresaalbert, pinning at www.pinterest/friendinfood.com and on facebook at www.facebook.com/theresaalbert. To lurk all of Theresa’s social activity in one spot check out her personal page: www.rebelmouse.com/theresaalbert/

Named one of Canada’s Top 25 Tweeters by Today’s Parent Magazine and one of Savvymom.ca’s 35 Favorite Bloggers, she communicates about food and health where the action is. Boundless energy and the ability to distill complex concepts into simple, achievable ideas are her key strengths.